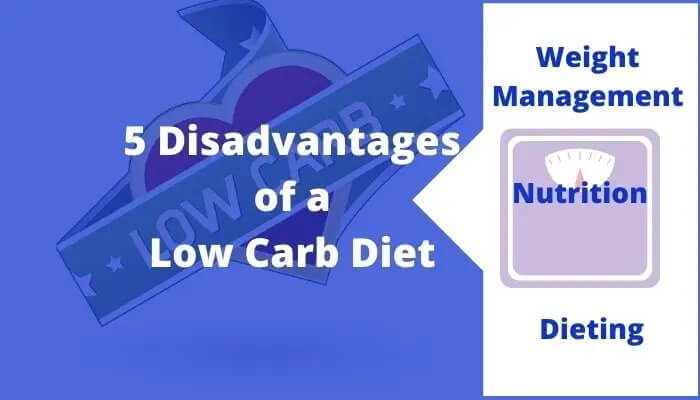 One thing most nutritionist agree on, is that most of us, especially overweight people, crave carbs. Then there are the nay-sayers who say that by eliminating them from your diet, you’ll only turn on and turn up the cravings.

Here’s the most interesting fact about low carb diets: All carbs aren’t the bad guys! In fact, according to the The Carblovers Diet Cookbook you’ll quickly learn that there are two types of carbs and one is not only not bad, but is one of the best tools for losing weight.

To help you decide if low carb diets ARE bad for you, here’s 5 proven disadvantages of a low carb diet. To be sure there are plenty of advantages also.

Here are five simple, solid tips from The CarbLovers Diet Cookbook that may have you rethinking that ban on carbohydrates you’ve been struggling to stick to.

5 Disadvantages of a Low Carb Diet

While low carb diets as well as food journals are known for fast weight loss, much of what you lose in those early days is water, not fat. In the long run, the picture is not so clear and experts are likely to continue to argue the point.

Remember, when it comes to weight loss, it’s the cutting of calories, and the increase in regular physical activity that is the tried and true formula for weight loss.

Are All Carbs Bad for You?

We all want to know if low carb diets are safe or not?

And I’m pretty sure we all agree on the fact that high carb foods just taste good.

Why? Because most high carb foods are loaded with sugar and starches.

But, are all carbs bad? Nope!

Complex carbs are good for you, and your body requires them. There different than simple carbs because they take longer to digest, make you feel full longer, and provide energy longer.

They are also full of fiber, vitamins and minerals where simple carbs are known as “empty carbs”. That’s because they really have very little food value, and quickly turn to fat stores.

Here’s two list, the first is the complex carbs that are healthy. The second list is the simple carbs that are not particularly healthy and quickly create weight gain in most people.

The truth of the matter is that the majority of people dieting fail, and about the same amount fail with low carb diets. That’s primarily because they eliminate all carbs, instead of the simple and unhealthy carbs.

There are definitely disadvantages of a low carb diet! However, when you choose the right carbs and leave off the unhealthy ones, weight loss is easy.